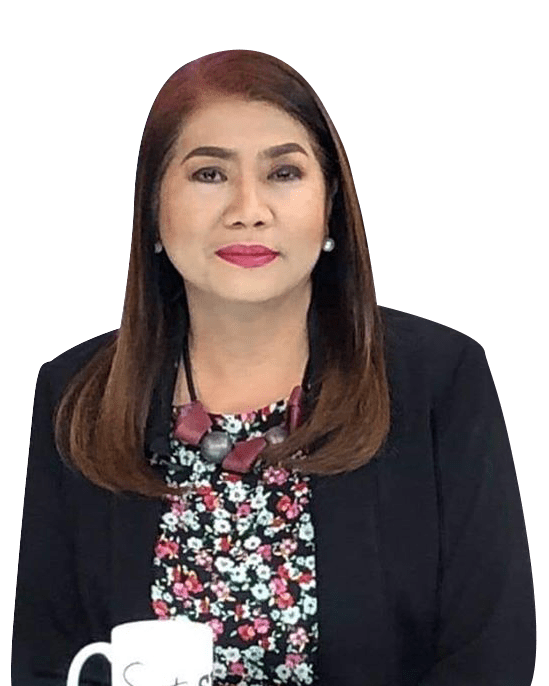 “Everybody calls me Ate Son or Tita Son depending on their age. My passion is to serve the community. I am a Kapampangan TV broadcaster & a trying-hard digital migrant who believes that nothing grows in a comfort zone.”

Sonia Soto is a super woman to many advocates of women empowerment. For decades, she has been in the forefront of various social movements before making her own niche in the country’s broadcast industry as a TV executive and broadcaster.

In the early 80s, Sonia led the student democratic reforms movement. (For diligent researchers who wish to take a look, Sonia inked with then Defense Minister Juan Ponce Enrile the legendary Enrile-Soto Agreement against the suppression of campus unrest—a sort of David versus Goliath saga during the 80s.)

Pampanga PEP shoots a serious question: Is women empowerment about gender equality, or is it more than that?

“An empowered woman is fiercely devoted to the liberation of women and men from gender stereotypes that deny them their fullest human potentials,” she nonchalantly shoots back.
If somebody tells Sonia it can’t be done, how does she get it done? “I simply get it done by doing it,” she said.

Sonia used to be ‘little mayor’ or the administrator of the City of San Fernando, Pampanga who “ran a bureaucracy that needed to be reformed in a big way.” It was this time when CSFP was awarded the Maharlika Hall of Fame for the LGU’s Institutionalization of the Performance Governance System.

Sonia left City Hall in 2007 and reinvented herself—a major challenge in her career which she considers as a defining moment.

Currently, she is president and general manager of Central Luzon Television (CLTV 36) where she fittingly uses broadcast power “to change viewers’ attitudes toward women’s roles in society.”

She is a recipient of the Golden Dove national award for best public affairs TV host in 2008 from the Kapisanan ng mga Brodkaster ng Pilipinas (KBP) and, under her leadership, CLTV was thrice conferred Golden Dove’s Best TV station award.

Sonia’s passion is to serve the community. “My motivation to get out of bed in the morning is the need to do something that will actually make a difference.”

The narrative might change or the account may remain the same, but the once young radical is still an unbreakable leader and a distinguished influencer who etched her own meaningful and permanent niche as a women’s rights champion in a continuing world where men misguidedly claim ascendancy over women. 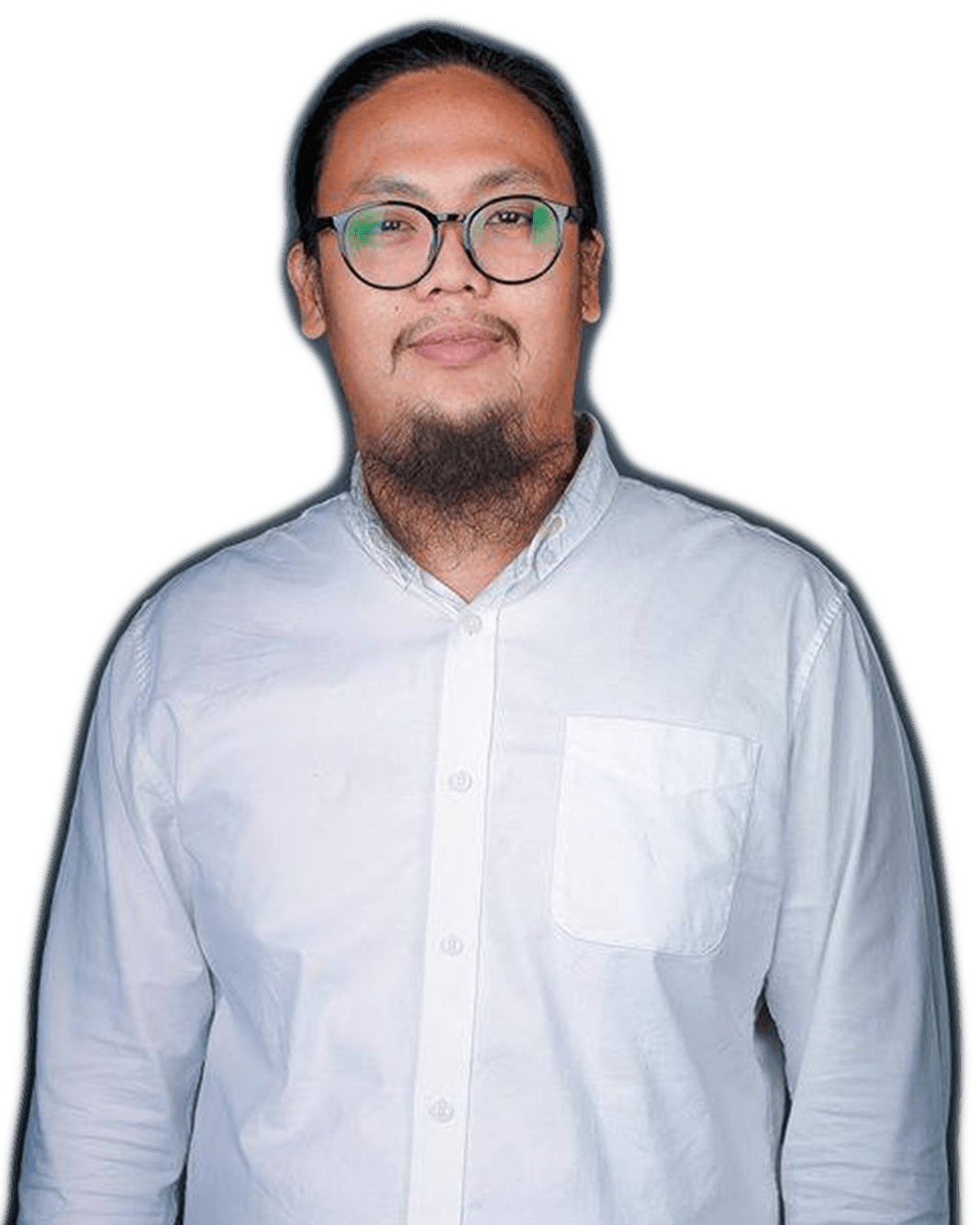 “Journalist, storyteller, and an advocate of the free press. I believe democracy dies without truthful information, and I aim to shed light on matters which concern the unheard and the oppressed through my reports and stories.”

Justine Dizon has been working as a professional journalist since 2011. A graduate of Communication Arts from the University of Sto. Tomas, he decided to pursue a career in broadcast journalism by starting as a cameraman for CLTV36, although this was not originally his plan. The encouraging words of his mentors, Joey Hernal, then the head of the News Department, and Philippine Daily Inquirer journalist and Pampanga Press Club President Tonette Orejas may have played a big role in his decision to shift to broadcast journalism. Justine especially counts his experience working with Tonette Orejas on her investigative journalism program Isapubliko as one of the most valuable in his career, where he was “able to learn firsthand from the legend.”

For a time, he became interested in filmmaking and briefly left CLTV to produce short films, some of which garnered awards, but journalism was always a part of him. He adds, “When I left CLTV, she asked me to join her in the Philippine Daily Inquirer. And as we all know, writing in the newspaper is not a walk in the park, but I’m grateful that the Inquirer North Luzon Bureau welcomed me and taught me a lot of things.”

Justine has led an inspiring career in media, one marked by hard work and dedication. NUJP and his Fellowship at Konrad Adenauer Media-Programme in Asia, as well as his graduate studies in Ateneo furthered his interest and love for journalism and the free press. He says, “This is where I get to exchange ideas and learn from stalwarts of Philippine journalism as well as journalists across the Asian and European region.”

Aside from being a correspondent for the Philippine Daily Inquirer, he was also a stringer for CNN Philippines. He also took the time to teach journalism, and TV and film production subjects at the Holy Angel University.

He currently heads the Current Affairs Department of CLTV36, Central Luzon’s regional TV station. He is also one of the directors of the National Union of Journalists of the Philippines and a fellow of the Konrad Adenauer-Stiftung Media Programme in Asia. He’s currently taking his Master in Journalism degree at the Ateneo de Manila University. 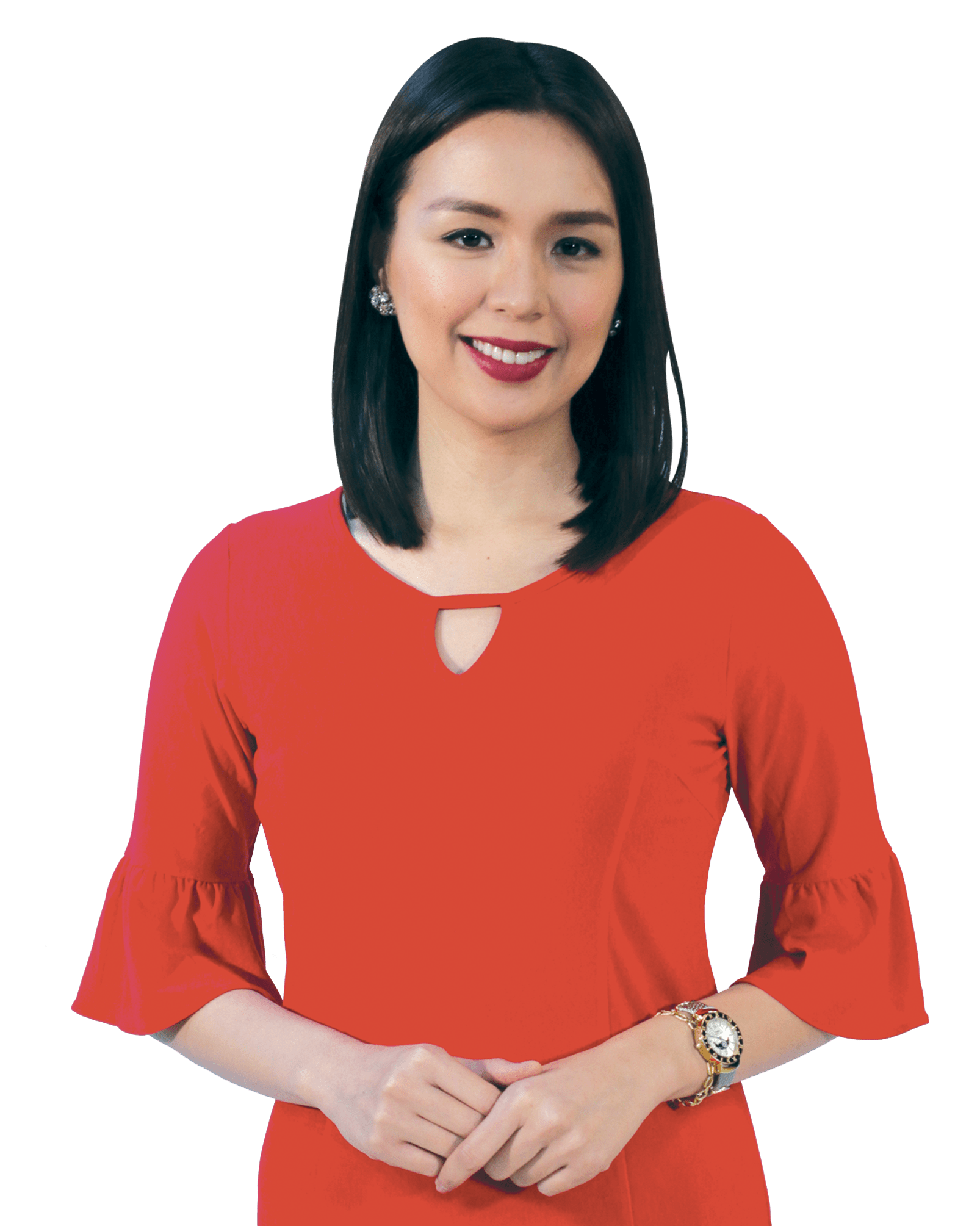 “Versatile. Sincere. Driven. Fashion, beauty and lifestyle model, an advocate for women and children’s rights. A Kapampangan TV presenter who is trying to live a better life one day at a time.”

Nicolette is well known for being a Miss World Philippines candidate and was second runner-up of the Binibining Pilipinas 2010. She was also awarded as Miss Photogenic and Ms. Fit n’ Right, during the pageant. As a former beauty queen, and now as a broadcast journalist, she considers herself “a work in progress.”

She started as a news writer and reporter for a local cable channel in Pampanga and further pursued her career in broadcast media when she hosted a national newscast for CNN Philippines catering to Kapampangans. It was there that she had the chance to produce segments and write stories for news programs. In 2018, she continued her profession back in her home province Pampanga with CLTV36, hosting the morning newscast, “Mornings @ Central Luzon,” and “Balitang Central Luzon.” She now hosts “Stories on Wheels.” Just like her father, Board Member Rosve Henson, she is committed to helping others, saying in a SunStar Pampanga interview that she is “still learning a lot of things and I can’t wait to do more in the field of public service.” 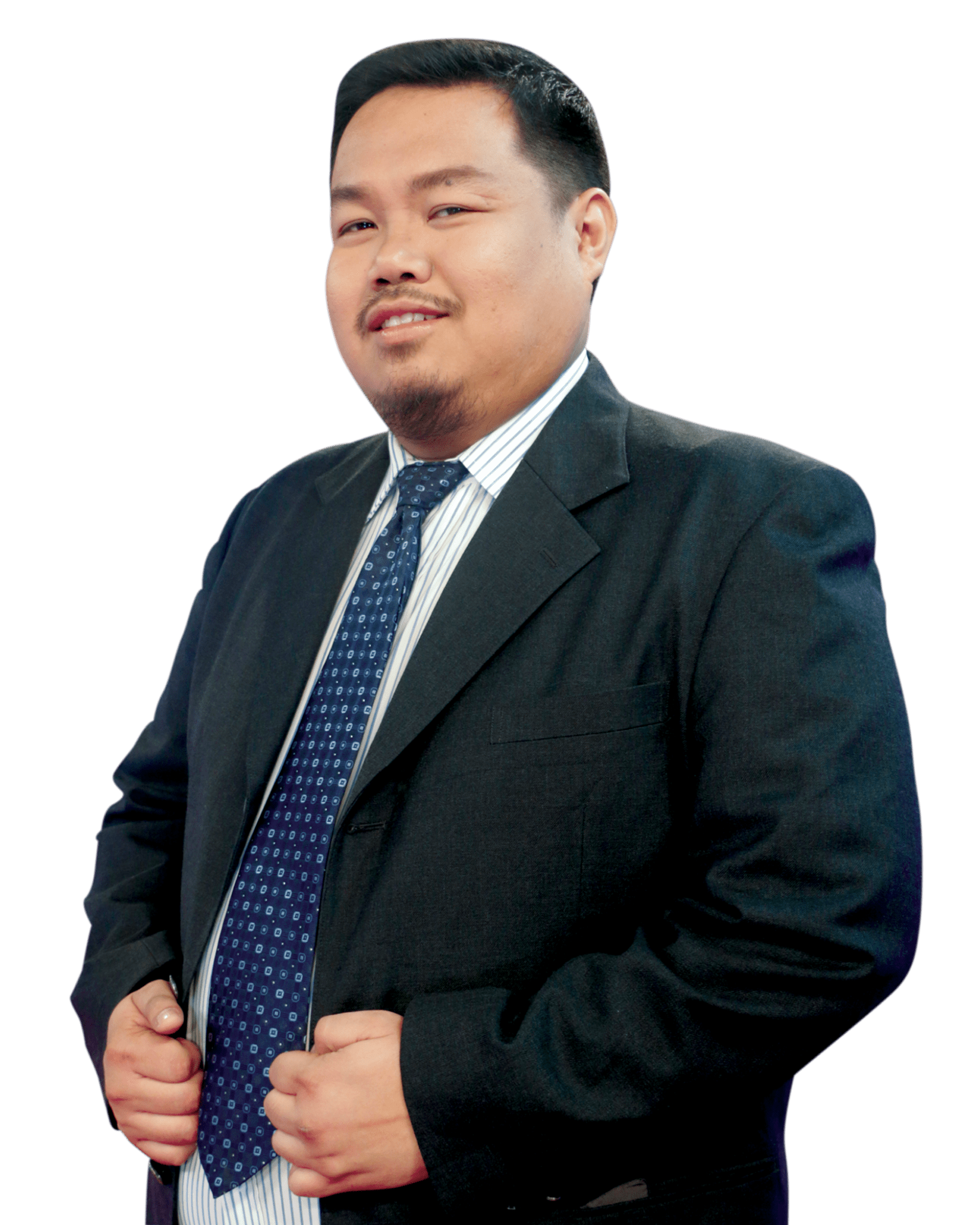 “Broadcaster, Kapampangan Advocate, Foodie, Dad to Baby Harper. I’m just an ordinary guy with an extraordinary heart. Pair it with a smile and a full stomach, what more can you ask for? Life may have its ups and downs, but don’t forget to always look for the bright side.”

Jhoedie Mercado is considered one of the most trusted and respected talents of CLTV36. Known for his jovial and cheerful personality, he can switch from hosting hard news programs to lighter magazine talk shows. It’s no wonder that with Jhoedie’s versatility in broadcasting and dedication to his profession, he has held many hats in CLTV36 as a writer, producer, reporter, and news anchor. 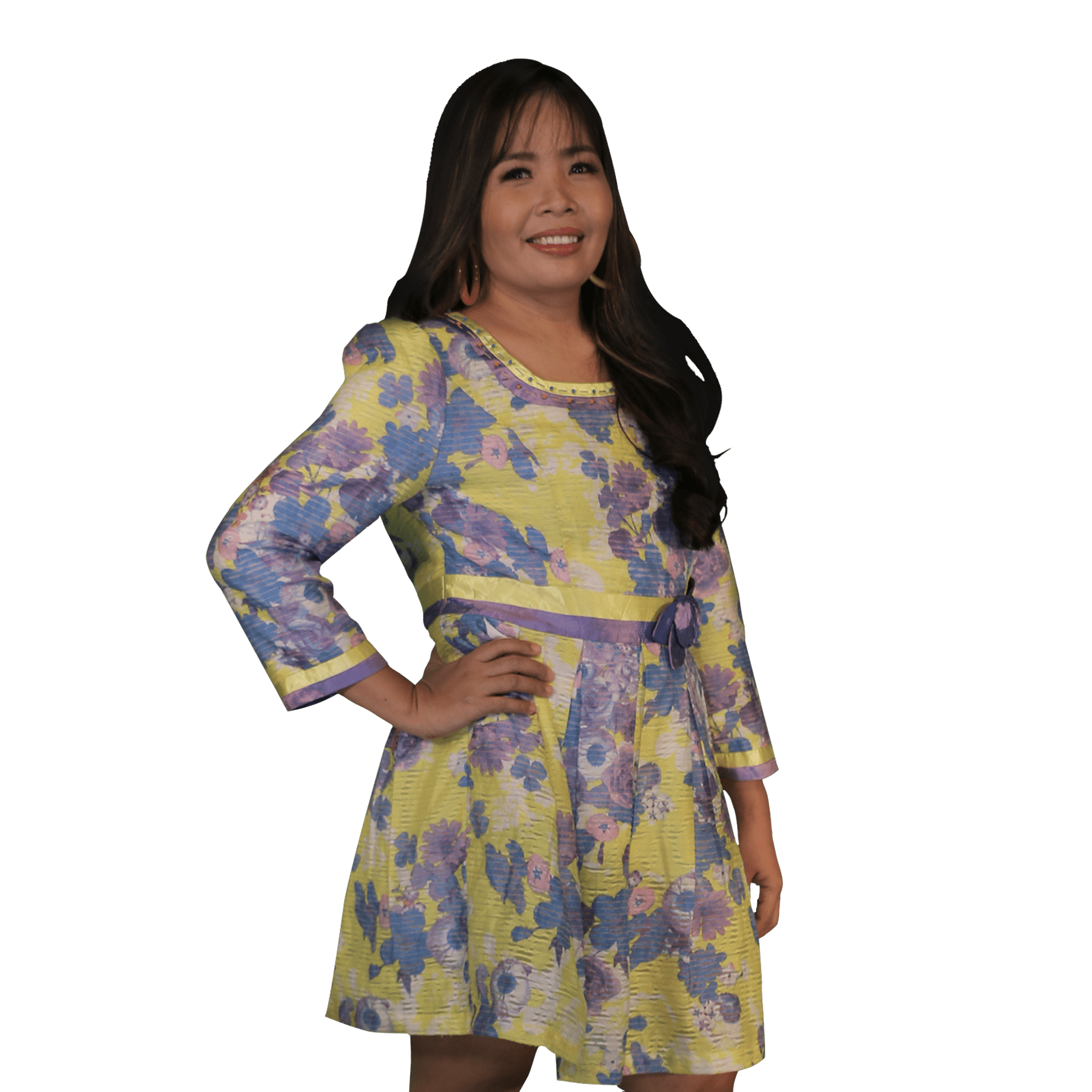 “A family-oriented TV producer and broadcast journalist, people remember me for the distinctive way I speak in Kapampangan and I'm proud of it! I always wear a smile, not because I do not have problems but because I am stronger than the problems, and I hope to inspire viewers with my sunny outlook on life.”

Jenna began her career in media as a writer for the Pampanga Information Office. At CLTV36, she made her mark as one of the producers of the KBP award-winning public affairs program hosted by Sonia P. Soto, So to Speak. She was also the main hosts of the Kapampangan-language news program Balen at Balita. Aside from hosting several CLTV programs, she also co-produced the magazine talk shows Daily Chikahan, Tatak CL, Negotalk and the foodventure program Belly Good hosted by Hans Lee. 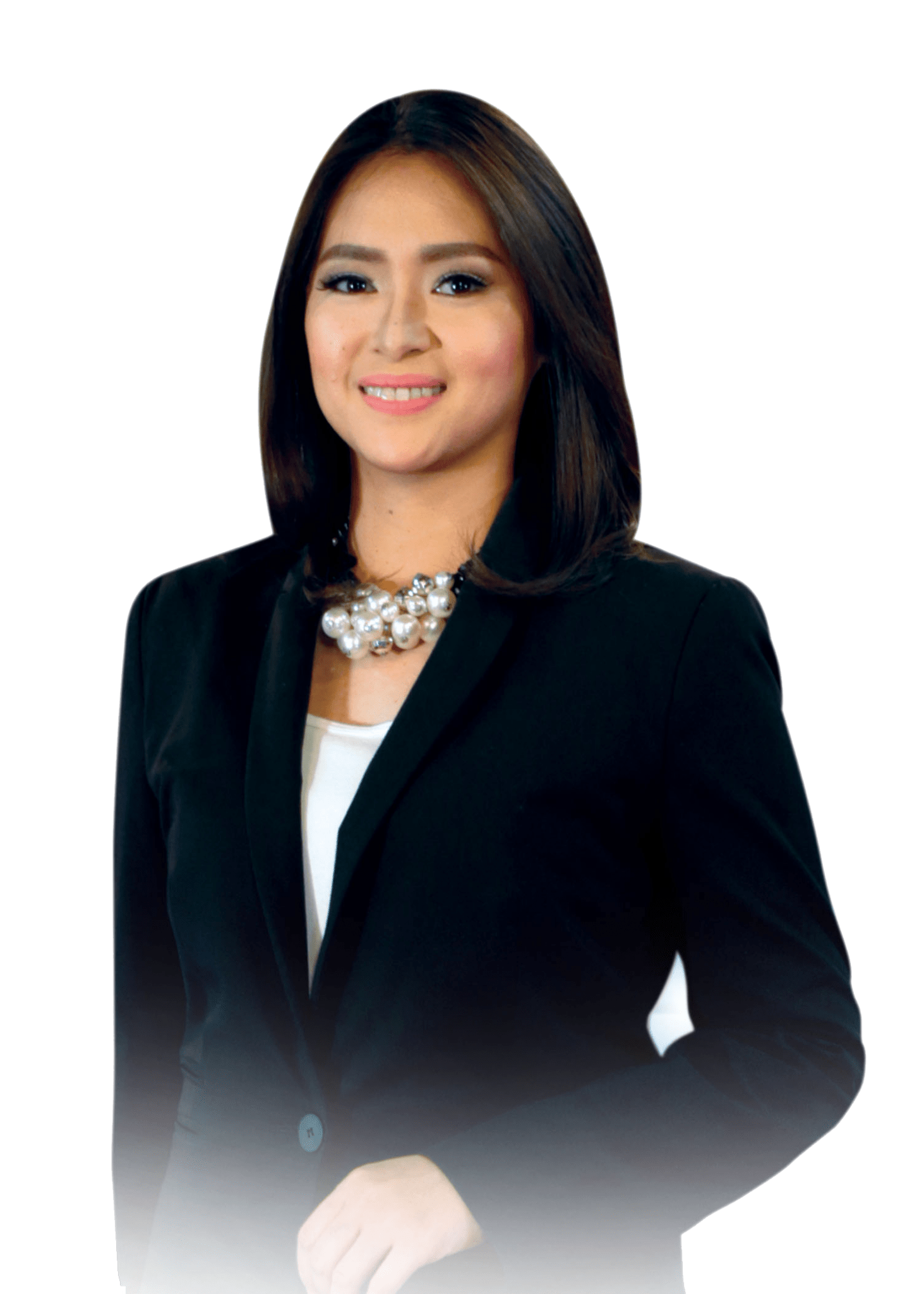 Jenifer Salenga first began her career at CLTV36 as a production assistant for the evening newscast of CLTV36, working her way up to becoming a reporter. She also co-hosted the magazine show “Trip, Treat, at Gimik,” and the news program “HB.” After a brief hiatus, she returned to the CLTV36 News Department and currently hosts “Bagong Hamon Central Luzon.” Aside from broadcast journalism, Jenifer Salenga is also an accomplished singer, contributing songs to albums of Kapampangan musicians and composers. 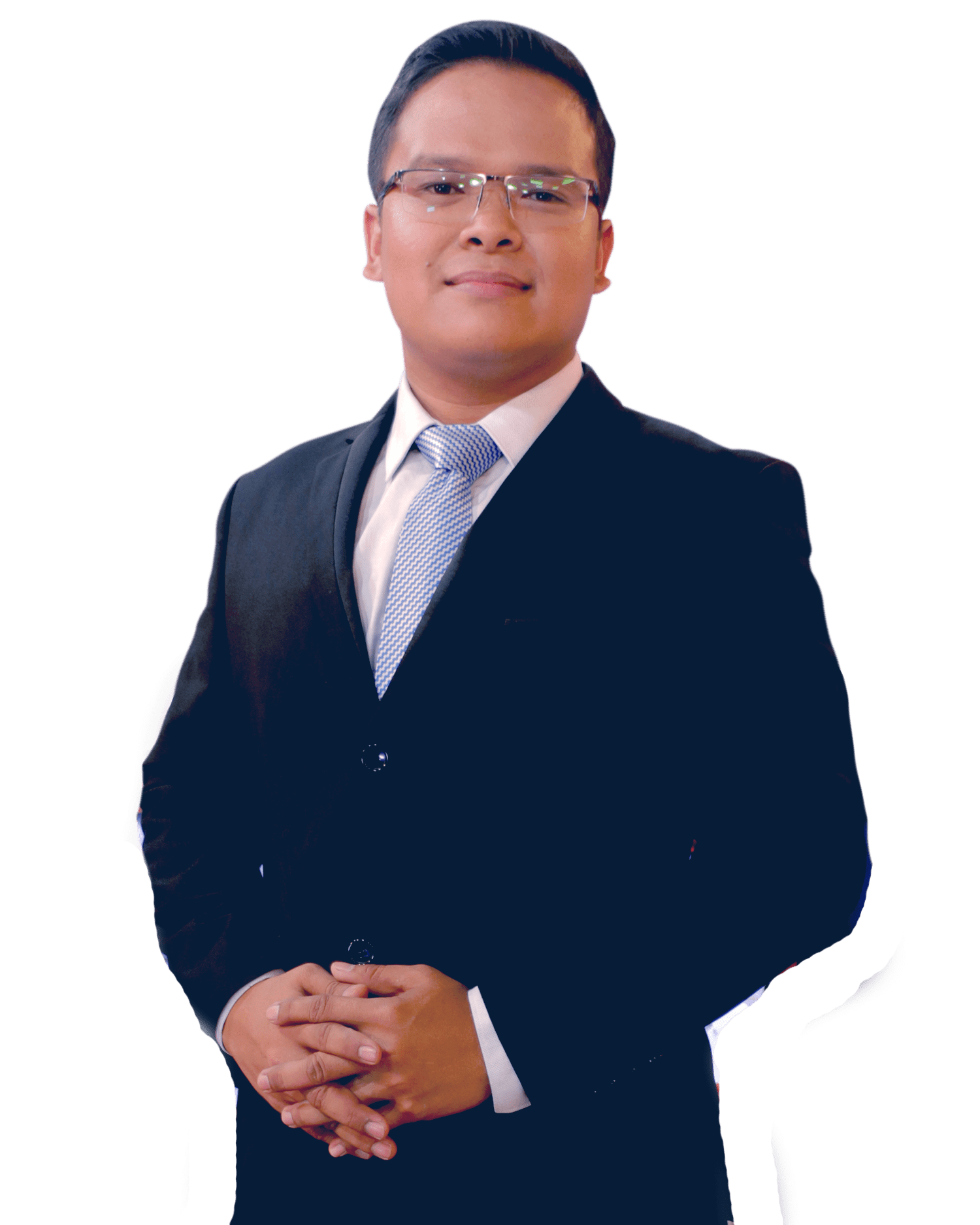 Starting his career in the media industry as a researcher for “Imbestigador,” Paulo Santos also worked on other programs from Manila-based networks including “Kapuso Mo, Jessica Soho.” Known for his distinctive voice, Paulo was also a radio reporter for DZBB GMA News TV, covering major events such as the Manila Hostage Crisis, the Napoles Hearing, and typhoon coverages of Typhoon Ondoy and Yolanda. He also had a stint as a morning newscaster for Inquirer.net’s “Kontra-Versa.”

When not working, Paulo enjoys vlogging and sharing humorous anecdotes about his daily life. He is currently a reporter for “Bagong Hamon Central Luzon.” 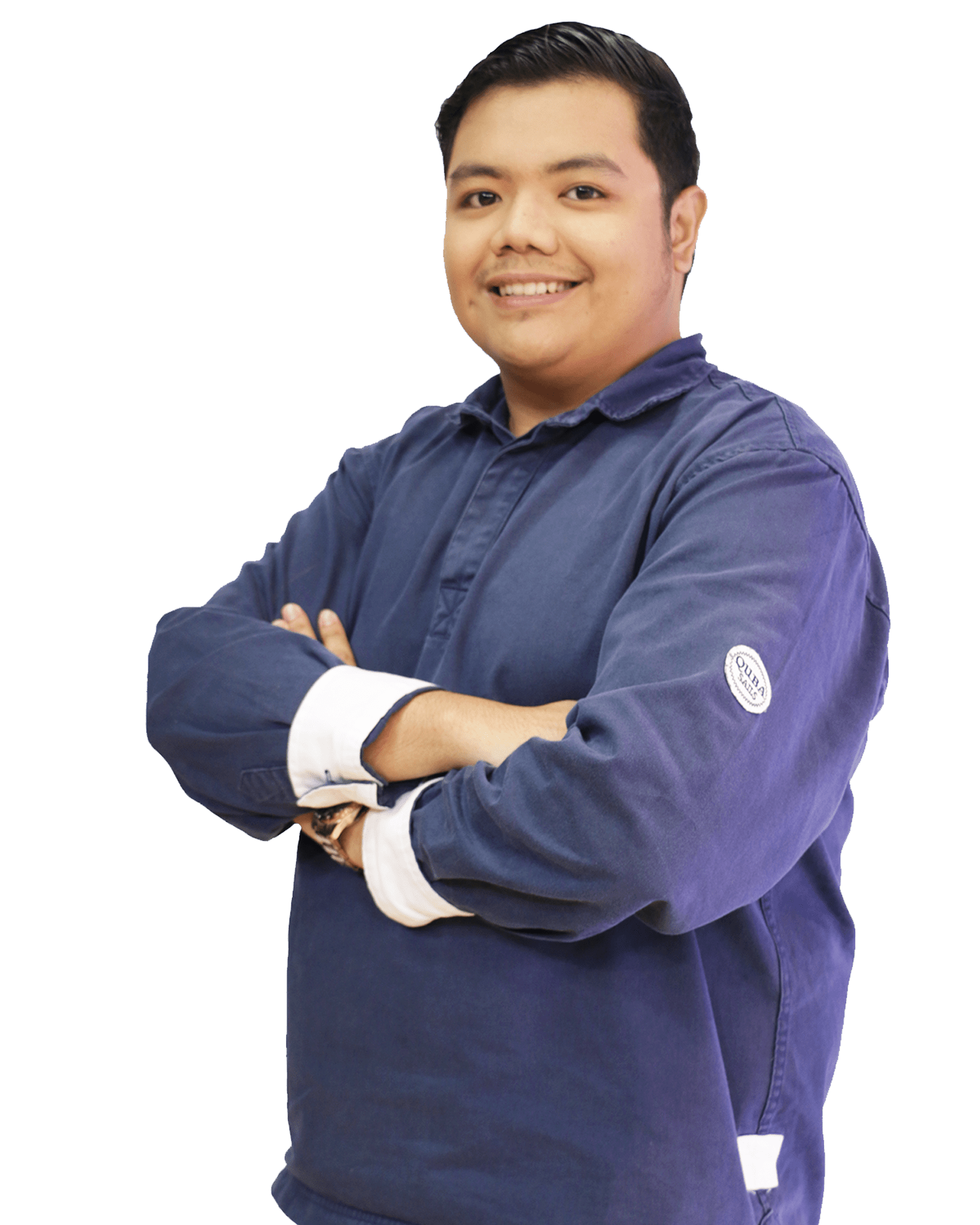 “I consider Central Luzon as my battlefield and playground at the same time. As a field reporter, I always conclude every story with a positive takeaway. I'm Reiniel Pawid, breaking the news!”

Before working in media, Reiniel dabbled in hosting before joining CLTV36’s news team as a reporter in 2016. Other programs that Reiniel hosted include “Metro Central Luzon News Weekend” and the morning news program “Arangkada sa Umaga.” One of his most notable stories is the expose on the health risks of 'bottom ash' from a Coal-fired power plant in Limay, Bataan in 2017, and CLTV36 was the first one to publicly report on the situation of the community living near the said power plant. Until now, environmental groups are fighting for the closure of the Petron-owned facility. Other stories Reiniel produced for CLTV News include a documentary on Central Luzon’s wastewater problem and most recently, “‘Rat for sale’ in San Luis,” about the town’s rodent problem during the rainy season for which a bounty of P 1M reward was offered, which was the top video post of the week on CLTV36 social media.